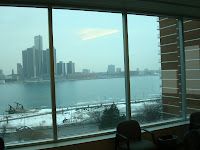 It is Monday again and I happened to have been back in the barristers’ lounge at the Windsor court with some free time.  I had more than a few minutes, while I was on a break on a case where the arguments were presented in writing and we were waiting to hear if the judge wanted something more or was just going to give her decision without further argument.  In the end she reserved. 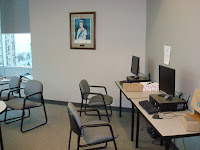 The latest news is the settlement of the Ontario criminal lawyers legal aid boycott.  As I remember, the boycott began last spring.  It started in Toronto and then rolled out across the province, mainly involving murder and “guns and gangs” cases.  The Criminal Lawyers Association executive ended up negotiating a deal with the Province of Ontario.  What each is saying about the deal is a little different.  It is not clear now whether there will be some formal ratification vote of the members or if it will be accepted by an ad hoc consensus, but in any event, it looks to be an accomplished fact.

Most of the membership appears to be happy about the settlement, but from my perspective, I am not sure about whether I think it is a good deal or not.  I am inclined to think it is, as a lot of naysayers predicted that in this economy, there was no sympathy for criminal lawyers.  As well, our legal rate exceeds rates everywhere else in Canada.

That said, for starters, it remains to be seen whether a proper review mechanism will be part of the new regime.  Also, although we didn't demand parity with prosecutors, the deal is shy of the original modest demands we made and it will take a full five years before the promised increases take effect.

It was really a brilliant strategy on the part of the executive to boycott only major cases.  With that approach, we were able to achieve significant solidarity.  The reality was that with most of covered cases being murder prosecutions, the accused were not getting bail anyways, and for the majority of them, time was on their side.  So most lawyers could hold firm without it impacting on their practice at all.  On the other side, the province was thus in some significant difficulty because more and more major cases were going undefended, meaning more and more prosecutions were in significant jeopardy.

There was however a deadline that the executive set for itself and criminal lawyers were on the brink of having to enlarge their work action.  Yet that would no doubt have resulted in some loss of solidarity.  The province was in a bind too, to get their major cases on track again.  So at eleventh hour, the parties settled and there was no showdown.
Posted by Kenneth Golish, Lawyer

Kenneth Golish, Lawyer
Windsor, Ontario, Canada
I practice criminal defence in Windsor. I have undertaken a wide variety of cases at all levels of court, including jury trials and appeals.